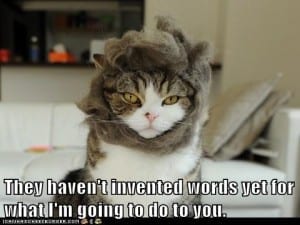 Neologisms are newly coined terms, words, or phrases, that may be commonly used in everyday life but have yet to be formally accepted as constituting mainstream language. Neologisms represent the evolving nature of the English language. Over time people create new words that express concepts or ideas that were previously expressed using other words or use words that may not have existed at all. Neologisms can be completely new words, new meanings for existing words or new semes in existing words. Here are some examples of neologisms that are finding their way into modern-day English language.

Trademarks That are Genericized

Brand names or Words that were created especially for advertising and PR campaigns that are now used generically. These are sometimes also referred to as generonyms (a neologism in itself):

Every year The Washington Post runs an annual competition in which the readers of the newspaper are asked to submit alternative meanings to existing words. The results are often extremely amusing. Here are examples of  Washington Post neologisms:

1. Coffee (n.), the person upon whom one coughs.
2. Flabbergasted (adj.), appalled over how much weight you have gained.
3. Abdicate (v.), to give up all hope of ever having a flat stomach.
4. Esplanade (v.), to attempt an explanation while drunk.
5. Willy-nilly (adj.), impotent.
6. Negligent (adj.), describes a condition in which you absentmindedly
answer the door in your nightgown.
7. Lymph (v.), to walk with a lisp.
8. Gargoyle (n.), olive-flavored mouthwash.
9. Flatulance (n.) emergency vehicle that picks you up after you are run over
by a steamroller.
10. Balderdash (n.), a rapidly receding hairline.
11. Testicle (n.), a humorous question on an exam.
12. Rectitude (n.), the formal, dignified bearing adopted by proctologists.
13. Pokemon (n), a Rastafarian proctologist.
14. Oyster (n.), a person who sprinkles his conversation with Yiddishisms.
15. Frisbeetarianism (n.), The belief that when you die, your Soul flies up
onto the roof and gets stuck there.
16. Circumvent (n.), an opening in the front of boxer shorts worn by Jewish men.

Looking for help to perfect your written English? Check out our rewriting services.