There are two types of dashes: the en dash and the em dash.

The en dash gets its name from its length as it is one ‘N’ long. The en dash is used to express a range of values or a distance:

The gremlin was around 50–60 years old, we could tell this from the state of his teeth.

The Timbuktu–Bolton flight was delayed by 6 hours and we missed the World Twister Championships.

The em dash also gets its name from its width, which is roughly one ‘M’ long. It is used in a similar fashion to the parenthesis: to indicate added emphasis, an interruption or an immediate change of thought. If you are confused as to when to use the em dash versus when you should use parenthesis, semicolons or colons, you should be—it’s a minefield out there! We suggest that you use the em dash sparingly and when you wish to express something in an abrupt manner.

The crocodile—who knows what he was doing in the bathroom in the first place—used all my shower gel.

It took several people to lift the enormous pumpkin—John, Graham, Tim and Edward.

Make sure you don’t use spaces around the em dash, although some people say it’s acceptable, we don’t. 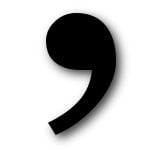 Another punctuation mark that people get wrong all the time—we’re spotting a trend here. It has so many specific rules governing its usage that we have given it a guide all of its own. If you don’t know the difference between “its” and “it’s” and just don’t grasp how possessive the apostrophe can be, then take a look at our guide to unnecessary apostrophes. 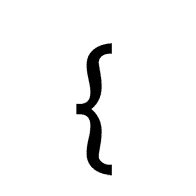 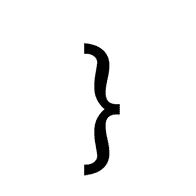 No, we’re not referring to the devices dentists torture your teeth with, we’re talking about the punctuation marks that are used to put parenthesis within parenthesis:

She is going to marry the hairy-knuckled guy (she loves him [of course]).

Square braces are not really all that common in most writing so don’t get too worried by the whole parenthesis within parenthesis thing if it’s giving you a headache. You do need to know them if you’re a computer programmer or mathematician, but that’s for a whole different blog.

Slashes are most often used to distinguish between two terms such as “he/she”, “period/full-stop”. They are usually used in place of the words “or” or “and.” They can also used in abbreviations (i.e., w/, w/out, and/or). One final use of the slash is to separate lines of poetry when they are reproduced in a solid block of text:

I have a spelling checker,/It came with my PC./It plane lee marks four my revue/Miss steaks aye can knot sea.

Call in the Experts

If you’ve read through our tips on the 14 punctuation marks and you’re still feeling slightly unconfident, then you should consider using Vappingo’s proofreading services. Our online proofreaders are experts in the use of punctuation and can assist you to produce a highly refined document at a very affordable price. We can check documents of any size and offer our services for just $0.020 USD per word.