Thanks to Mariah Carey’s T-shirt we have this one covered. 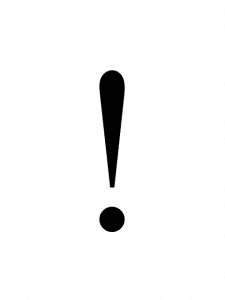 Once a highly respected serious punctuation mark, the exclamation mark is in serious threat of becoming nothing more than a glorified emoticon. The exclamation point is used to add an air of emotion to a sentence:

I can’t believe it! I think I have fallen in love with a hairy-knuckled oaf!

Note the use of just one exclamation mark in the above sentence. Not two, not three, not four… just one. Despite the modern day mentality of heightening emotion by adding numerous exclamation marks at the end of a sentence, you really do only need one.

A second potential use of an exclamation mark is to accompany mimetically produced sounds:

Ha! I knew it; you just can’t resist hairy knuckles on a man. Does he comb them? 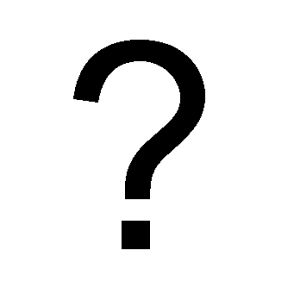 The question mark is probably one of the most important punctuation marks because it has an amazing ability to completely change the meaning of a sentence simply by appearing at its close:

You are so amazingly clever.

The above flattering phrase becomes drenched in an air of sarcasm when you add the all-important question mark:

You are so amazingly clever? 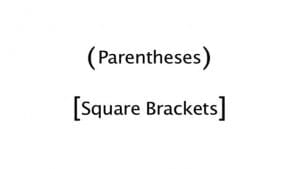 Parentheses are used to set aside messages that are not really essential to the meaning of the text. They are always used in pairs and can contain one or more sentences that may include references, definitions, further information or editorial comments. There are three main rules governing the use of parentheses:

1) Use parentheses to enclose words that are included as an aside.

There were one hundred (100) gremlins banging at the door demanding ice cream.

2) To enclose words or figures that clarify the existing sentence.

I refused to answer the door because (1) I am not particularly fond of gremlins, (2) I had just got out of the shower, and (3) I had no ice cream in the freezer.

3) The period or full stop should appear inside the parenthesis if it contains a full sentence.

I have enclosed a picture of the damage the gremlins have done to my property (attachment A).

I have enclosed a picture of the damage the gremlins done to my property. (Please see attachment A.)

It is grammatically acceptable to use commas instead of parentheses but, because the parentheses have the effect of acting as an aside, they are generally used to denote that the information is less important.

The hyphen is a punctuation mark used to join words and to separate syllables of a single word. It can be produced by pressing the key that appears on the top right of a computer keyboard and should never have spaces before or after it. Neither should a hyphen ever be confused with a dash–we’ll cover that one next.

The most popular use of a hyphen is to join two compound adjectives e.g. hairy-handed. However, many people claim that you don’t really need to use a hyphen if the use of the two words together is not ambiguous. We won’t enter into a debate on the usage of the hyphen here, we’re quite partial to a compound word or two ourselves.